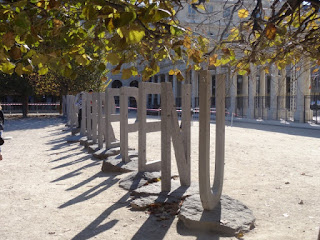 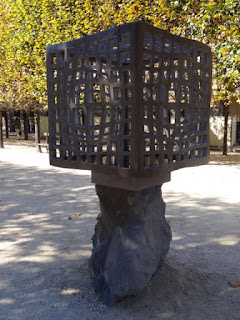 Across from the Louvre is the historic Palais-Royal. Within the Palais-Royal is a large inner courtyard, the Cour d’Honneur, with beautiful green spaces accessible to the public for strolling and relaxing. It is an ideal location for a picnic especially within the boxed hedges or next to the magnificent Buren fountain.

Currently on display in this lovely space is the installation of “Une pierre dans mon jardin” (translated as “A stone in my garden). The exhibit consists of twenty sculptures by Thierry Courtadon. The sculptures are placed throughout the garden. They are large and completely made from volvic rock.

Courtadon has used valvic rock taken mostly from mines and quarries near the town of Auvergne, France. The rock is very hard and stems from the lava flow from ancient volcanoes. This rock has a distinctive dark appearance (grey-black) and was used in the construction of castles and churches from the beginning of the thirteenth century.

Valvic is a name that no doubt will ring a bell. Volvic mineral water is bottled in the town of Auverge where it is sold around the world.

This area of France was initially called Volcani Vicus by the Romans and it meant village of volcanoes. We now refer to this part of France as the Massif Central.

Thierry Courtadon has given the rock, although very heavy and dark, an airy lightness with its shades of grey to black. Often there seems to be a real sensuality to his form and polish. This is particularly true for some of the lace like components that he has integrated in contrast to the rugged quality of the natural stone.

The garden is nearly 5 acres in size and offers the visitor beautiful pathways, flowers and benches. It is a perfect spot to stroll among the sculptures for quiet contemplation and pleasure.

In spite of its hardness, this type of rock is extremely fragile and the artist’s ability to incorporate such delicate components in some pieces is impressive. In total,Thierry Courtadon used sixty tons of volcanic rock for “Une pierre dans mon jardin”. 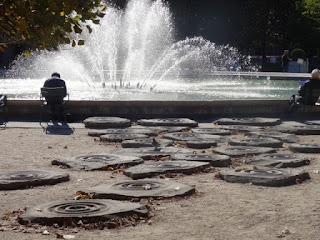 Thierry Courtadon began sculpting at the early age of 8 years old. His work has been displayed in Australia, Japan, the United Arab Emirates, Switzerland and Germany but his atelier remains where he was born in the heart of Puy-de-Dôme. For more about Thierry Courtadon you can visit his website at http://www.ateliercourtadon.com.

The exhibit will continue free of charge until the 23rd of November. If you are not in Paris than you can enjoy a walk through the garden with my photos. 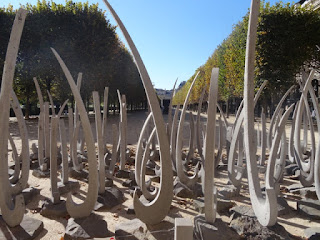 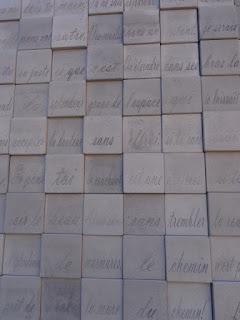 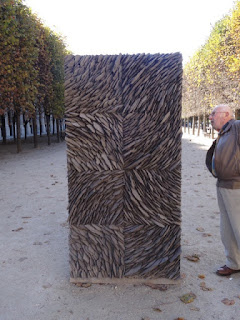 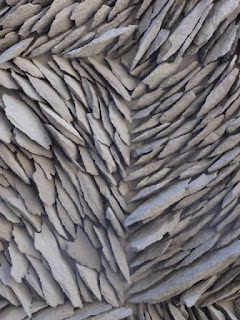 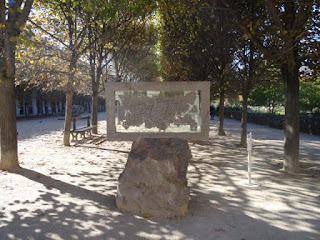 Posted by Parisiennes Postcards at 10:32 AM 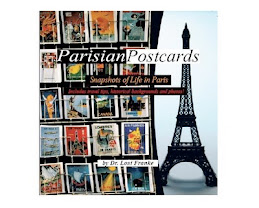 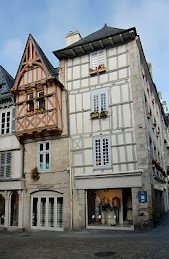 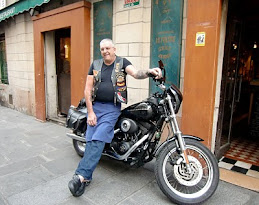 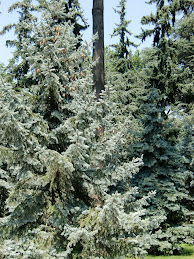 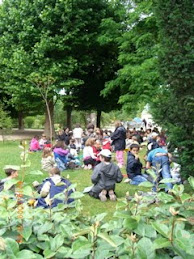 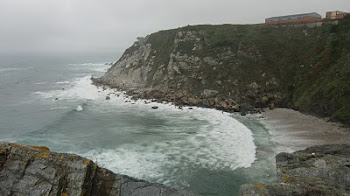 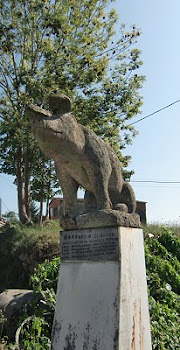 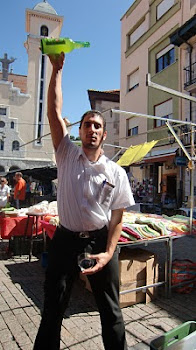 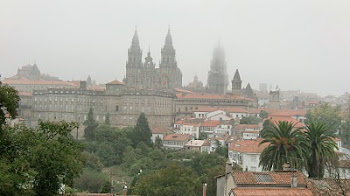 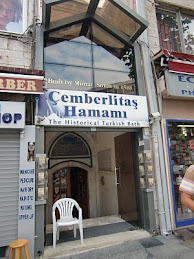 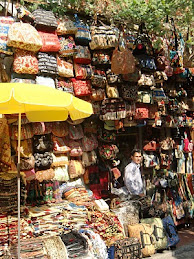 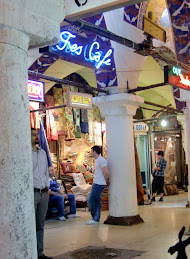 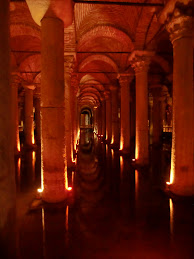 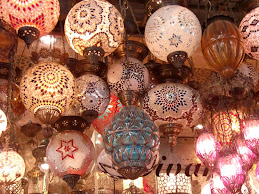 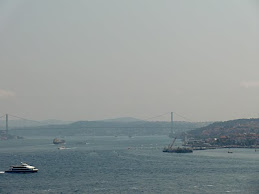 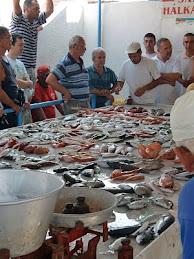